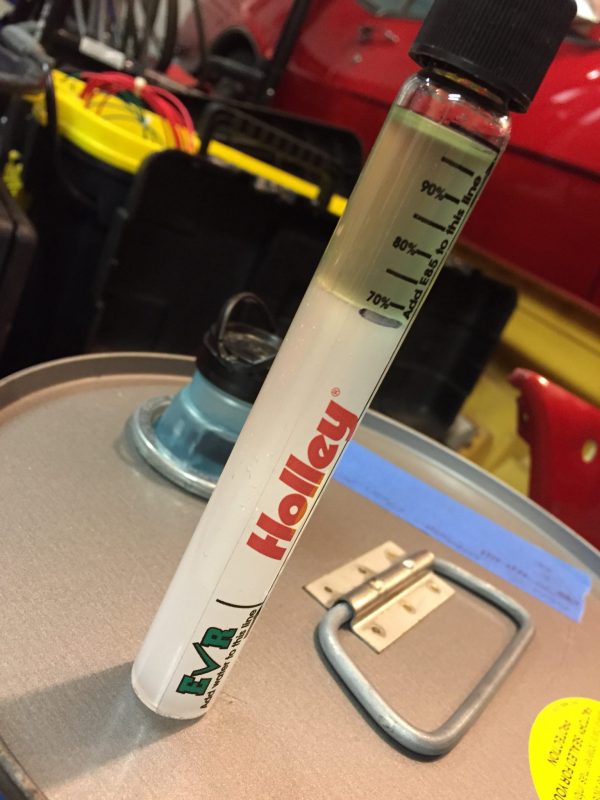 The race fuel I use in my RWD Eagle Talon

We drag race here at FTY Racing. As is the case with other types of racing, drag racers are always looking for more power. Sometimes, that comes down to what fuel you’re running. This is a tech article about the best fuel I’m pretty sure you’ve never heard of.

A common route toward higher horsepower goals is to go from pump gas to race gas. Then some racers make the switch to E85 or E98, while other guys jump further to Methanol. I’ve followed a similar upgrade path on my own racecar. I ran VP fuels for a long time, and as E85 came on the scene and more people started running it, I looked at that as a potential fuel upgrade. Methanol was something I always thought about, for ultimate power (aside from nitromethane!) but could never bring myself to going 100% methanol because of the fueling requirements. Often times multiple pumps, huge injectors, and many more of them than I have cylinders. This lead me down a very long path to what I ultimately run today. Project fuel started.

I wondered about if and how it would be possible to mix race gas with methanol to make up a blend that would ease the fueling requirements that methanol had and still allow me to glean some of the benefits of that methanol in the mix. Power, exceptional cooling properties, and a relatively inexpensive race fuel. This was a winter project. I spent months on it. Talking to car friends, digging through forums late at night, finding SAE papers on the subject of fuel mixtures. Hearsay. Rumors. Urban legends. I’d like to tell you it was exciting, but it wasn’t for a while. And then, I found it. GEM.

GEM isn’t a brand name, nor is it a company name. GEM is an acronym for a ternary blend (a blend of three components) of gasoline, ethanol, and methanol that is isostoichiometric with E85 – meaning it has the same AFR. I literally stumbled onto this paper published by a professor named James Turner from the University of Bath in the UK titled GEM Ternary Blends: Testing Iso-Stoichiometric mixtures of Gasoline, Ethanol and Methanol in a Production Flex-Fuel Vehicle Fitted with a Physical Alcohol Sensor – in it, Turner describes creating new iso-stoichiometric blends but replaces ethanol with methanol and a higher percentage of gasoline in order to keep the stoichiometric ratio of the blend right around 9.76:1. 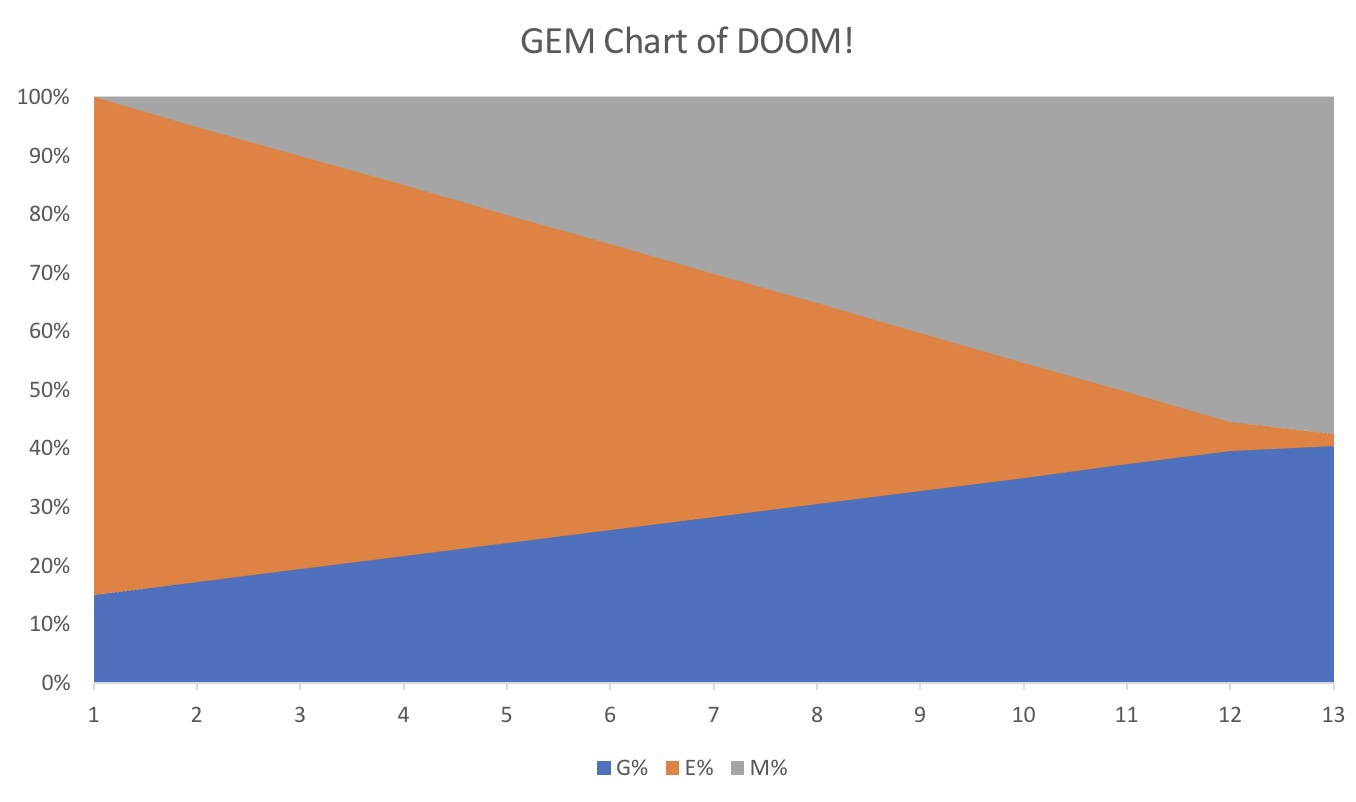 This graph summarizes the percentages of each component (gas, ethanol, and methanol) required at any given percentage of ethanol in order to maintain iso-stoichiometry with E85.

Going further, the paper goes on to explain a few things:

So, there you have it. It was possible to run methanol blended with gasoline. As a happy accident, it was also completely, 100% drop in compatible with E85 from a fueling perspective. If I haven’t explained it well enough, the benefit from a racer’s perspective is that you have a drop-in replacement for E85, and you have a fuel that’s using a high percentage of alcohol, most of that being methanol, without having the fueling demands that methanol has when used all by itself. In a turbocharged application like mine, this was the way forward.

There’s a bit more science here, including things like BTU and latent heat of vaporization that I want to mention. Sure, you can drop in GEM as an E85 replacement and run it just like that, but because you have this additional methanol, you can also tweak your tune a bit once running GEM in order to make more power. Everything I’m referencing here is in regards to the GEM fuel blend I run, GEM45, which contains 45% methanol. This blend, when targeting a slightly richer AFR, has an approximate 7% increase in BTU over E85, and a 14% increase in latent heat of vaporization (this is the cooling effect that a fuel has.) So instead of running around .76-.78 lambda on E85, if you target somewhere in the .70-.72 range, you’re actually benefitting from the BTU increase and latent heat of vaporization values that the methanol is able to provide there. Even with the additional gasoline in the mix.

I’ve been running this fuel exclusively in the RWD Talon since the 2015 race season, higher than 50psi of boost pressure.  My tune still isn’t 100% dialed in, but the fuel doesn’t care, it’s very forgiving. The more I play with it and the harder I push it, the more power it makes. Running it lean makes less power, but I haven’t hurt any parts. Running it rich? Like others on the 4G63 platform using methanol, I’ve found that I can make power as rich as I can get it to fire cleanly. In my case, .58 lambda is about the rich limit. Even there, I’m not seeing speckling on my spark plugs, and I’m still able to make very good power. So far, I’ve found that .68-.72 lambda is about the best for my setup.

Join Waitlist We will inform you when the product arrives in stock. Please leave your valid email address below.
Loading Comments...